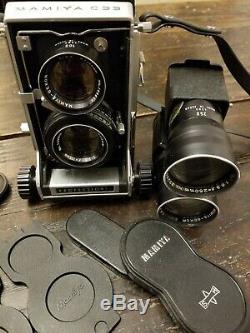 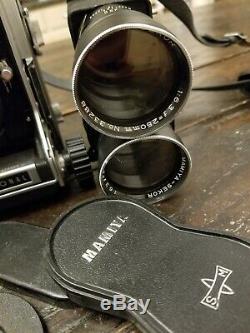 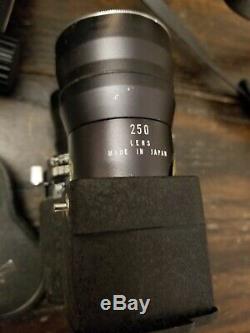 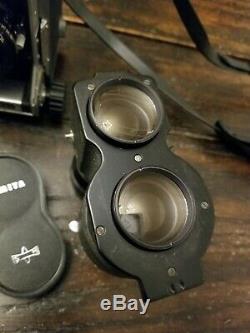 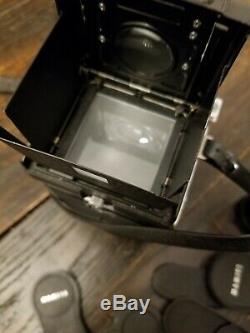 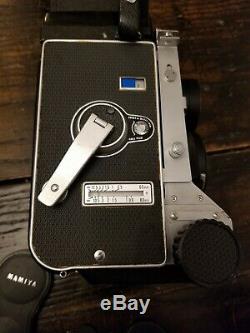 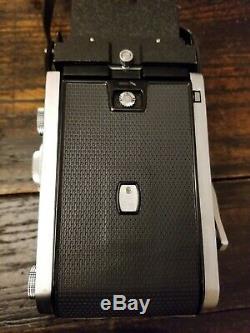 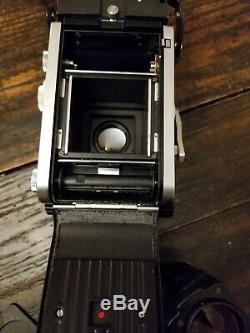 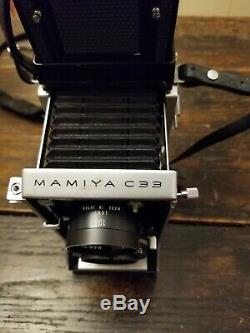 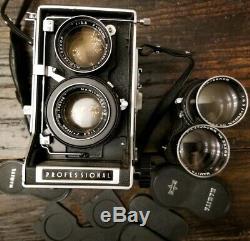 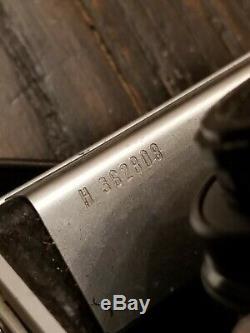 They have interchangeable lens system. This feature is on very few TLR cameras like Contaflex TLR and Koni-Omegaflex. Bellows focusing allows extreme close up photography, which is not easy with other TLRs. Auto cocking of the shutter feature is existent only on the C33 and the C330 series cameras. Focusing: Fresnel ground glass screen, bellows focusing. Pointer in the viewfinder shows exposure increase which metered a hand posemeter, as bellows are extended and. Auto Parallax correction scale for the lens beeing used (for this purpose the parallax correction lever must be set as to the lens, left side of the camera). Focus knobs: two, bilateral, on the lowest front side of the camera. Shutter release button: right lower front side of the camera, only works after film advance and operate once when Multiple exposure/film stop selector must be on Rollfilm (double exposure prevention), w/ cable release socket. Shutter releasing is also possible by the lever on the Lens-Shutter assembly.

Caution: If there is no film in the camera the Shutter release button do not work, even with the shutter cocked. Winding lever: also auto cocking of the shutter on the lens by an advance stroke, right side of the camera. The shutter can be cocked by a lever on the lens/shutter assembly, but no film advance. Multiple exposure / film stop selector: in front of the winding.

Interchangeable such as Waist level, Metered CDS Porrofinder, Prism finder and some others. Standart finder is Waist level finder. Frame counter: left side, advance type, resets via opening the back cover.